I’ve just released a new album of ambient space music and drone soundscapes titled Merging The Infinite. The album contains 10 tracks of longform atmospheric textural music with a total running time of over 1 hour and 42 mins.The album follows on stylistically from my previous releases Cryosleep Dreams and Perpetual Dimensions and ranges from calm, ethereal and airy drones to dark and edgy space music tracks with an ominous feel. Some of the tracks have a subtle Berlin-school feel (a la Tangerine Dream) with fluttering stereo arpeggios and sequences.

You can watch a promo video for one of the tracks called Spindrift above or buy the album here or over at Bandcamp and other major online stores.

The Occupation Of The American Mind is a powerful documentary about the Israeli/Palestinian conflict and how propaganda and journalism can influence public perception. Narrated by Pink Floyd’s Roger Waters and featuring contributions from Noam Chomsky, Phyllis Bennis, Max Blumenthal and many more. My music is featured throughout the documentary which has received glowing reviews and praise.

“One of the most compelling and important documentaries in recent years.”

You can find more info about the film including where to watch here:

Check out this teaser trailer for a cool looking new iOS game from Rinikulous Games called Unlonely. The video features a short clip of one of my new ambient space music tracks called Spindrift from my forthcoming ambient album which should be out sometime in the next few weeks. 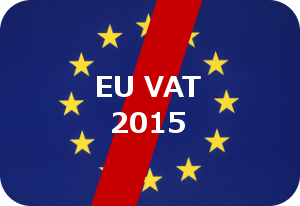 There’s been some good news regarding the VAT charges on digital sales that was introduced back in January 2015 (more popularly known as VATMOSS).

In case you were unaware, anyone making online digital sales from that date (including music, video, apps etc.) has been obliged to record the geographic location of their customers and then to charge tax if the customer is based in the European Union (EU).

This has been extremely problematic for small businesses, musicians and indie developers etc. due to having to know where their customers are located before they’ve even bought anything from you. It also means we have to constantly monitor and keep up to date with changes in VAT rates across 28 countries and then add that rate to the order at checkout, which means increased prices for most European customers (not to mention lots of admin and changes to our websites).

However, after much campaigning and writing to our MPs (and the incredible hard work of Clare Josa and her team at the EU VAT action group http://euvataction.org) the European Commissioner Pierre Moscovici has finally seen sense and proposed changes to the laws so that businesses making cross-border EU sales under €10,000 will be able to go back to applying the VAT rules for their own country.

For me, this means that I will no longer have to charge VAT to my EU customers meaning everyone will be charged the same price! (And I can be relieved from hours of pointless admin and record keeping!)

However it’s still only a proposal at the moment so even if all goes well, it could still take at least a year until I’ll be able to implement this. So for now I need to continue charging VAT to EU customers. But it’s great news and a complete reversal of what the bureaucrats initially said was a big fuss being made by small businesses.

Here’s the latest episode #5 in the Bigfoot documentary series Sasquatch: Out Of The Shadows which features some of my dark atmospheric music. The track you can hear in this episode is called Chrome Skies from Volume 6 of my royalty free music Dark Matter.

The series is produced by Aleksandar Petakov of Petakov Media and you can follow the YouTube channel of the documentary here.

When my daughters were babies, they were both bad at sleeping.

We’d be extremely lucky to get more than a couple of uninterrupted hours at a time for the first few years. It was exhausting (and still is) but everyone goes through it and you eventually come out the other side and gradually forget how nerve-shreddingly debilitating it all was. I almost have.

Molly was our first born and one thing I started doing to try and calm her down at night was humming a simple lullaby. It was just a simple waltz melody that I made up which fitted the rocking motion as I tried to lull her to sleep. She’d rarely actually go to sleep but it was often enough to keep her calm, and you take what small mercies you can get when you haven’t slept for 3 days…

Over the years she began to know it as the ‘Da-da-da dee da-dum’ song and she started to sing it to herself. She still occasionally sings it now she’s almost 5 and I also used to hum it to our second daughter Ada when she came along. 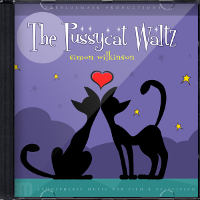 So I thought it would be nice to try and take that simple hummed tune and orchestrate a recorded version for them to hear in case they forget when they’re older.

I fleshed it out a bit more than the simple hum it started off as, but it’s still essentially the same tune (Molly also makes cat noises when she hums it now, so it’s been named The Pussycat Waltz).

I also kept picturing the Grand Central station dance scene from The Fisher King when I was writing it. It probably wouldn’t send anyone off to sleep in its finished form (try tracks like Frozen White Light for sleep) as it builds up to a couple of rousing crescendos, but it was fun to do and I hope they’ll listen to it when they’re older and maybe remember how mum and dad went through those long, long (did I mention long?) sleepless nights.

If you’re interested you can get the track here on my site and it’s also on iTunes, Spotify etc.

Goodnight Moon is a new weekly podcast from Dr Sci-fi (Darren Moser) which features some of my ambient space music from my album Cryosleep Dreams in the background.

In the podcast Darren shares his awe of the cosmos and pride in the space program with his young daughter and discusses all things space-related. It’s a very charming listen and free to download so if you’ve got kids and want to spark some conversations of your own, take a listen!

A weekly podcast of a father sharing the wonders of space with his daughter. Touching on NASA, astronauts, cosmonauts, spacecraft, the space race and planets. We hope a spark may ignite to share your own love of science with those you love.

You can subscribe to the podcast on iTunes or listen directly on his site at the following links:

You can also subscribe to Darren’s Patreon site here:

Tags: NBA, News, Sports
Running of the Bulls Redux: Behind the Scenes

This behind the scenes video for the Chicago Bulls basketball team features my orchestral action track Attack Of The Machines. The short video shows how the Bulls’ 6th iconic intro video was produced using a combination of live action and computer generated animation.

My ambient track Vortex Of Coloured Light from Perpetual Dimensions is featured in the latest Mixcloud mix from ambient guru Mike G at Ambient Music Guide. The mix is titled Up There and is the latest in Mike’s series of ambient and electronic music mixes and also features artists such as Banco De Gaia and Ishq.

Listen to the mix directly above or at the following link: